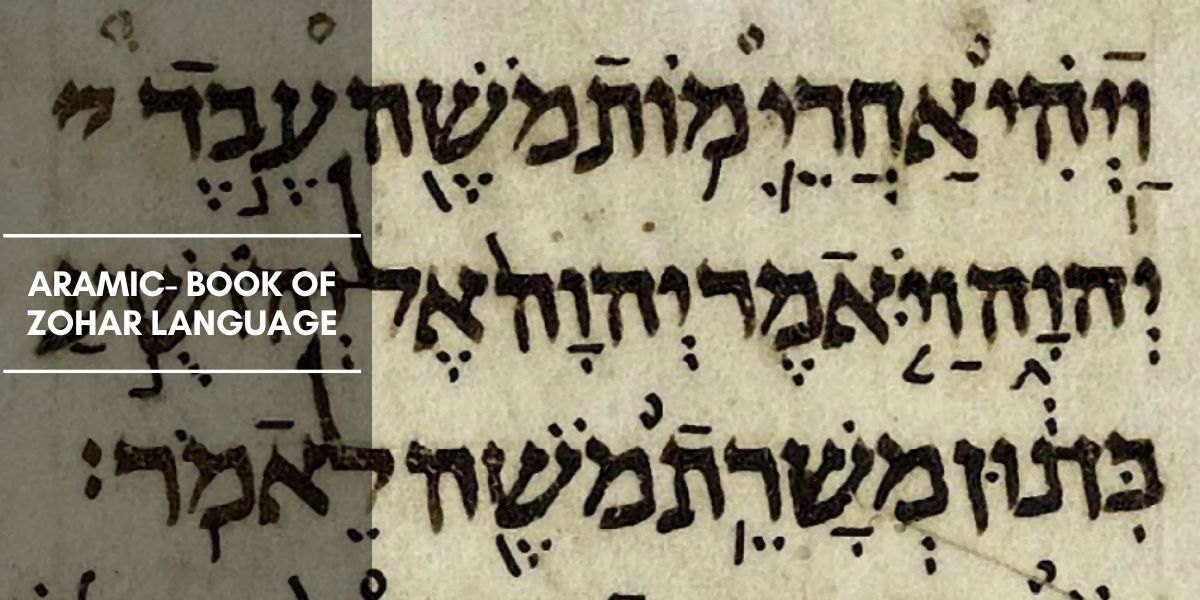 Aramaic is the root language of the book of Zohar. The Aramaic includes odd linguistic structures, grammar errors, and traces of middle aged Spanish.

One of the interesting features of the Zohar is the appearance of invented new words “neologisms” where the book of Zohar reader find himself guessing its meaning.

The Zohar’s writer invented those new words in order to describe a sustainable invention, i.e- the language is quite poetic, containing a great deal of connotations.

Sometimes the author states on a phrase, then immediately it states its opposite, for example: “It split and did not split its aura.”

The main theme Zohar is kind of mysterious, so the Aramic implies based on puns, hints, parables, and puzzles. The main idea of the subject usually not served to the reader on a platter, one has to engage the text and adhere for the meaning.

The book of Zohar challenges the reader’s consciousness. It dares him to examine his ways of making sense, his assumptions about tradition, God, and self.

Along the ages, the greatness of the Zohar’s language has hypnotized even those who could not comprehend its secrets, even kabbalists dived into the mystery lyrical Aramaic, often unaware of the literal meaning.

In the words of an eighteenth-century mystic, “Even if one does not understand, the language is suited to the soul”.