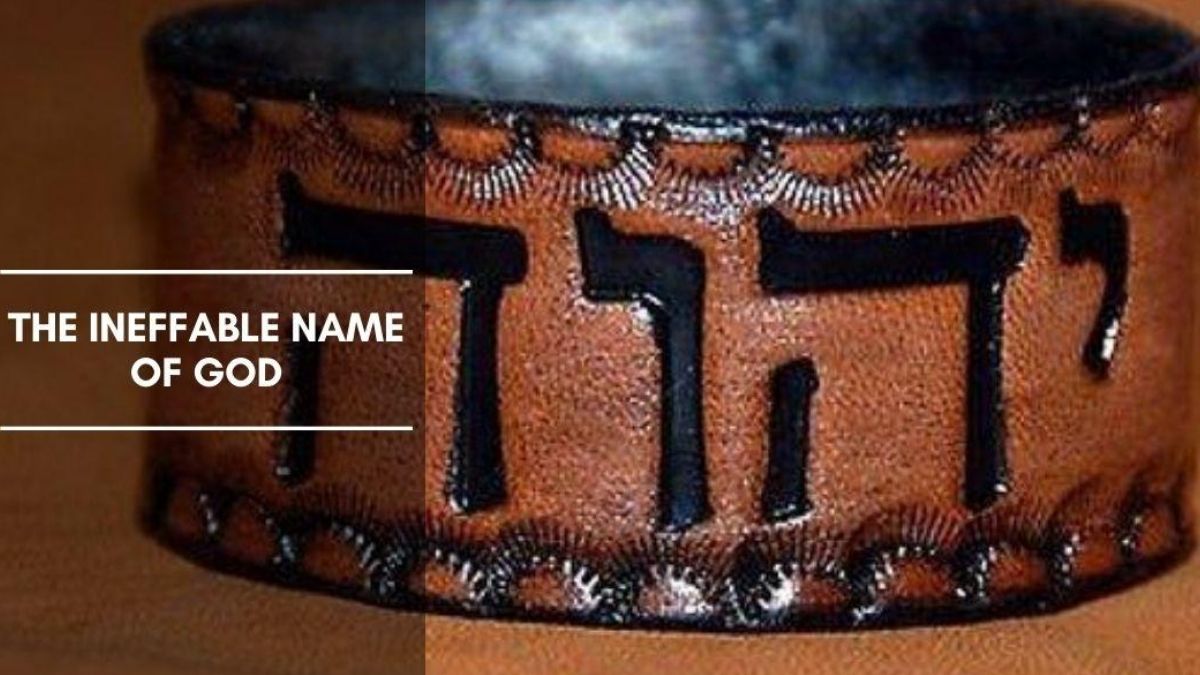 Yhwh and Yhvh in hebrew letters

The ineffable name Yhwh and Yhvh in hebrew letters are: יהוה

The Essential Name will be described in greater detail, both because of its importance, as well as connection with Freemasonry. It is necessary to have at least basic knowledge about the most common contemplative Kabbalistic principle.

The Essential Name reflects the very essence of God. The term also used is Tetragrammaton, or the word with four letters YHVH (י ה ו ה). Because of its holiness, it must never be uttered. This was allowed only to the High Priest in the Tabernacle during the return from Egypt to the Holy Land, and later in the Jerusalem Temple on Yom Kippur, the Day of Atonement, the holiest day of the year.

After hearing the priest pronounce that name, people would prostrate themselves on the ground. At that moment everyone present would have canceled their individuality, aware that they did not exist apart from God. Today, the correct pronunciation is no longer known, nor is it stated anywhere in the Kabbalistic books.

This is the  most sacred Name of God is without question the most important name in the Torah, where it is mentioned exactly 1,820 times.

There is no way for people to understand its transcendental meaning, just as they cannot comprehend the essence of God either. However, the manifestation of this Name through the concept of creation can be grasped.

It denotes the character of God as the Creator and can mean the One Who Constantly Creates. As the entire process of the world’s Creation takes place in four phases, each letter denotes a single phase and the letters are connected with the sefirot, parts of the human body, and the five worlds that make up the whole of reality.

The first letter, Yod (Y) is connected with the first stage of creation, then the sefirah of Wisdom, and as this letter is the structural basis of all other letters, in the human organism it represents the bone skeleton. The highest sefirah, Keter, is marked with the tip of the letter Yod.

Hei (H), corresponds to the second stage of Creation, the Binah sefirah and, inside the body, the system of blood vessels.

Vav (V) is represented by the six sefirot that make Zeir Anpin and muscles in the human body. The second Hei(H) is referring to the sefirah of the Kingdom, our material world and the skin that covers the entire body.

Elohim is pronounce as : E-lo-him and in hebrew letters as: אלוהים

How to pronounce adonai

Adonai is pronounce as : A-Do-Ny and in hebrew letters as: אדוני

How to pronounce yahweh

The majority of american jewish people agree that pronounce the word Yahweh as “Ya-wei” is the most accepted way.

Some pronounce it as “Ye-ho-va”, which in hebrew is a synonym word for the tetragrammaton.

The Ineffable Name YAWH and Creation of the World

Kabbalah constantly uses the connection of the basic concepts, the Tree of Life with the Alphabet, the Names of God with the sefirot, the numbers with all other concepts, and thus connects higher and hidden worlds with the material world in which we live. This is a manner of Kabbalistic teaching, and as the Names of God have long been the best kept Kabbalistic secret.

The Essential Name of God is the most sacred Kabbalistic word. As already stated, it signifies the very essence of God, and that is his permanent Creation of the world. This process takes place with the help of sefirot.

The beginning of creation of the world took place through four phases: contraction, growth, expansion, and, finally, repeated growth, which translated the energy of God into the created reality. All this Kabbalah can explain and link with only four letters that the Ineffable Name consists of.

The letter Yod (י), the first letter of the Name is the building element of all the other letters of the alphabet, and in Kabbalah it is considered a dot, but a dot with a certain form. It is linked to the first phase of creation, contraction, when God decided to create emptiness in a single point of the infinity of Light, contract the Light and thus start His Creation, by making room for it.

Yod conceptually represents the sefirah of Wisdom, Chochmah, which is the place through which the Light enters reality and the point through which intellectual energy enters the human brain. That is the primordial father, the seed of all creation.

The letter He (ה) consists of three lines, which carry the energy of creation from the initial point into three spatial energies and this is the second phase of creation, the phase of growth. The sefirah of Understanding, Binah, symbolizes this letter and phase, and its task is to receive Wisdom, the seed of the father, because it is a mother. The fetus grows until a child is born.

We move on to the next phase, represented by the letter Vav (ו), which, by its verticality, brings the energy of creation down to the lower levels and manifests itself with the six sefirot, commonly called “Zeir Anpin“.

Vav is a son, born of a mother who had received Wisdom from her father, allowed it to grow and let it spread to the world. The numerical value of the letter Vav is six, and those are the six spheres from Chesed to Yesod.

The last letter of the Primary Name is another Hei, ה, which now spreads the hidden energy of the first Hei into the material world and makes it manifest and visible. This does not cover the first sefirah, Crown or Keter. It represents the tip of the letter Yod, which in Kabbalah is called an unformed point and represents God, who makes a trinity of creation with the mother and father.

How much analogy, connection, wisdom, and explanation is present in these passages! This is why theoretical Kabbalah is a very demanding and difficult science, which gives us insights into the deepest secrets and mysteries, only if we are ready to search and if the Divine Spark of Spirituality is lit up in us.